mrGREEN
March 2009 edited March 2009 in Help request
Hello again, I'm still trying this engine. I reach the collision issue. I mixed tutorial 4 with 8 in order to check animation and collision feature working together. I realize that collision is calculated base on the object shape (only box and sphere are support right now, right?) and not base on the image shape, as you can see on the picture. 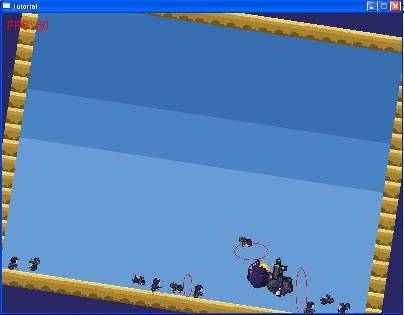 I never used Box2D so I really don't know if it's possible or not. So, my question is Perfect Pixel Collision or something similar will be possible? or do I have to do my own avatar base on boxes and spheres and the "paste" the image.
collision 14.9K