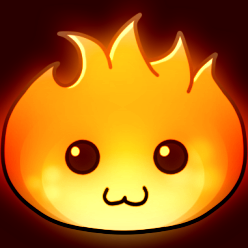 I am here today to talk about my current game project: Milana.
Milana is a little RPG set in ancient times, times mixing fantasy and medieval adventures.
The game graphics will be heavily inspired by The Legend of Zelda: The Minish Cap.

The expansive known world of Milana is, in short, a utopia. From the rich blue water to the vibrant landscapes, Milana is a realm known for its good fortune.

Under the shadow of a long dormant volcano, this land lives in complete harmony. Tribes of numerous races live in a poetic environment that only the most optimistic of hymns could describe.
Their ways are simple, and their lives, artistic and desirable. Their lifeblood is in the water. Their lakes, their seas, rivers and oasis, all pristine and magical, as if touched by an unseen god. The creatures who call the waterfronts home will happily attest to the mystical properties of the water, and how it betters their lives and cures all ailments.

But those were happier times.

A dense smog coats the land. Inferno, the once fiery peak that was long since thought to have died out, has begun to breathe once more. And with each breath it takes, more of the land is plagued in flames and ash. Soon, the whole of Milana will be taken by the purging fires.. unless they can douse it.
But who will brave the hellfire embarking on an odyssey for the waters of life?

Rain is our little hero, a teenager with an unknown past. She finds herself having more than humans populating this world: she has magical powers from the water element.

Milana is a singleplayer game with a tiny and adorable hero, in a Minish Cap-ish world.

The game will feature:


I am planning to use Orx as the game engine to create this game, and hopefuly release it on win/mac/linux/iphone/android. I know Orx is capable of it.
I am myself a programmer and pixel artist, but I am no god. I only know C and the basics of C++ (ie: classes). I am working with Zachary James, the main artist (pixel artist) on the project, and another programmer named Marcus.

I would need someone that is used to work with the Orx Engine and talented enough to survive this long term project. Profits made with the game will be rewarded to all contributors, and I am planning to go through platforms like Kickstarter for funding.
I am also looking for a new team member in general, for my studio named Epic Minds.
We have more projects at the same time!

If you're interested enough by this project, do not hesitate to send me a mail: [email protected]

I will then send you the application form and review your motivation/skills.

Thank you for your time, hope that made sense! You can contact me to know more about the project or if you simply need more to be convinced to work with us.