I just want let you know I made a first attempt to run GWEN in ORX.

Here's my fork on BitBucket (mercurial) with the addition of the renderer, input handler and sample application (orxEngine):
https://bitbucket.org/ainvar/gwen


Here's a screenshot of the sample application running GWEN inside ORX: 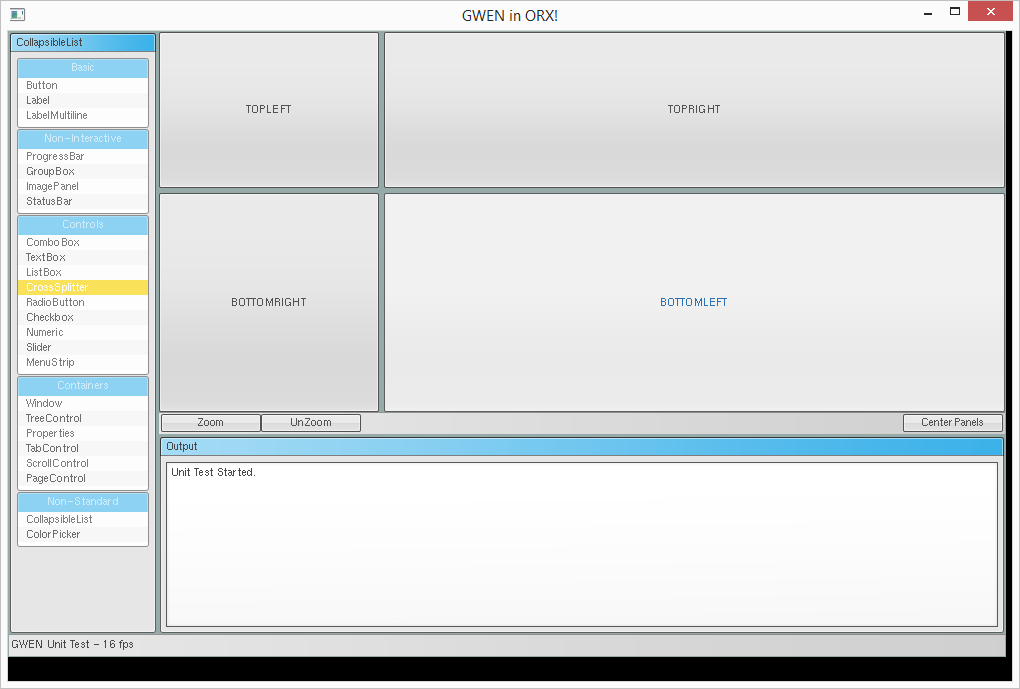 And now...let's come to problems.

I need a better way to handle mouse and keyboard inputs.

As of now I mapped all inputs in the ini file and I'm Handling orxINPUT_EVENTs.
What I'd like to have is a quicker way to get events of key/mouse events (maybe direcly from GLFW callback) bypassing the ORX input system and avoiding polling.

That would lead to a faster response in input handling.
Do you have any advice?
gwen_orx 25.3K