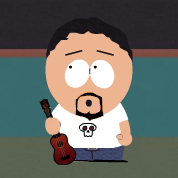 My team finally resumed work on our project, and we decided to change from a typically vertical shooter to an isometric game. This raises one questions that I was hoping someone would help me with quickly.

Can one use the physics engine in ORX to deal with the movement and collisions in an isometric game? Is there a way to change the plane of the physics from the screen to a tilted plane? Does one simply bias all velocities, accelerations and the like to be, say, 50% in the y-axis?