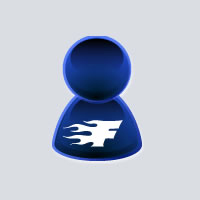 smchronos
March 2010 edited March 2010 in General discussions
So, the last post on these boards was made on the first of March. It's now the twentieth. Does that just mean that there haven't been any recent developments with Orx? The news section has a neat video about Orx on the iPhone as well as an update about the license, but that's about it.

Anyway, I hope to see this place get a little more active. I'm not savvy enough with C++ yet to contribute to Orx; so, I can't do much to stir things up.