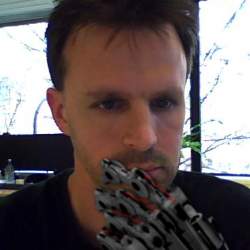 My initial attempt was: